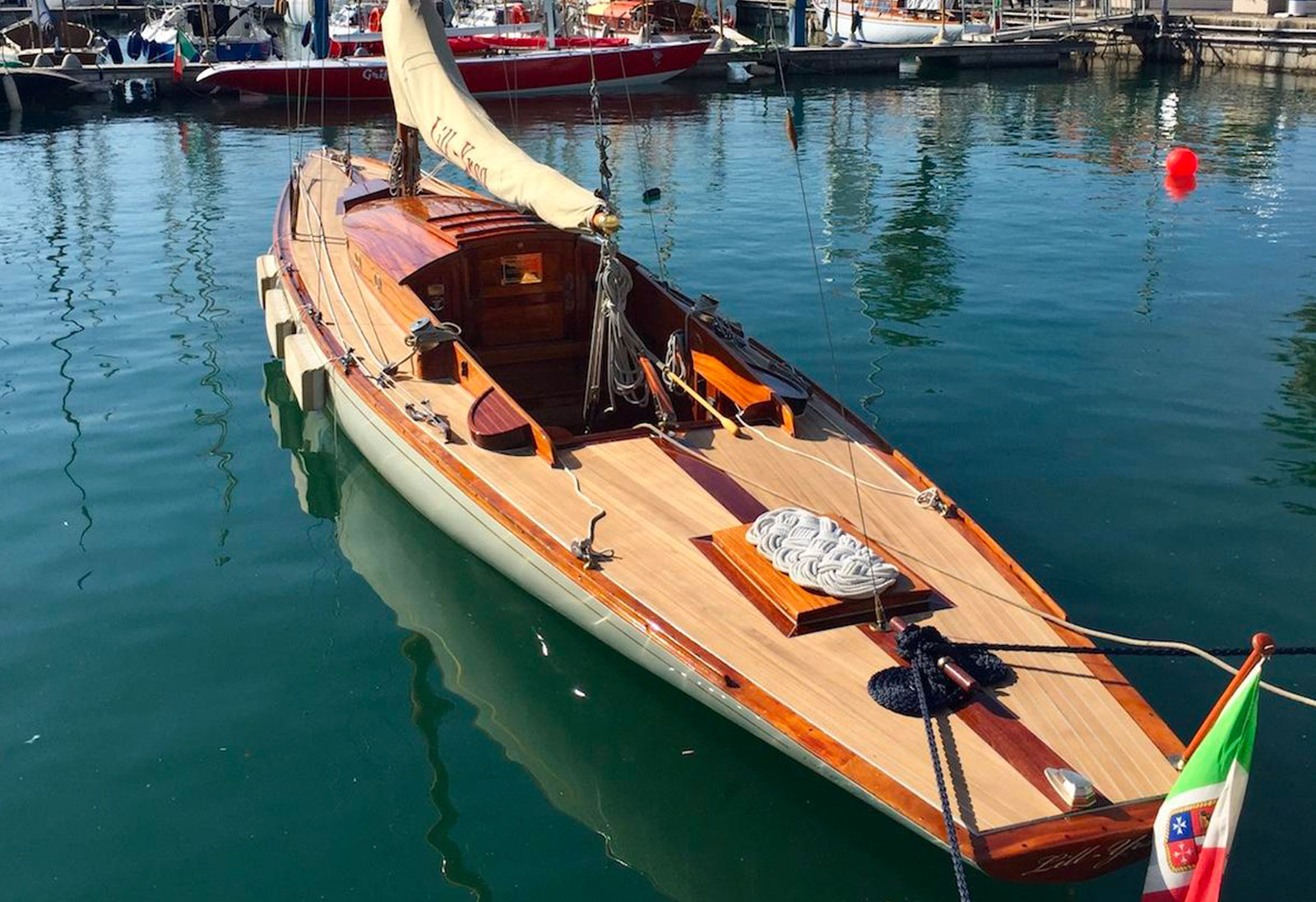 Lill Yrsa was built in Sweden in the year 1931 as a result of the project of the Swedish designer Gustav Estlander; the Skerry 30 was a very well known and appreciated model in those years, which saw the birth of many Skerry 30, which are now part of a worldwide network.
In the early nineteen hundreds the stretch of the Baltic Sea between the Scandinavian peninsula and the German coast saw the appearance of a type of sail craft called skärgårdskryssare in Swedish and Schärenkreuzer in German. The name derives from the Swedish word “skär”, given to the tiny islands that stud this stretch of water. These yachts were then called Skerry Cruisers. This title was just an Anglicism of the original name, but it became the most commonly known term for this kind of craft. The Skerry yachts were long and narrow, with a rather tall mast, and displayed striking performance when beating. They were especially suited to the jagged Scandinavian coastline, and were codified in 1908 by the Sweden Sailing Association, resulting in the Square Metre Rule, split into nine classes – 15, 22, 30, 40, 55, 75, 95, 120 and 150. Its rules were officially adopted in 1925.
As far as Lill Yrsa is concerned, we are not sure when exactly she reached the Mediterranean Sea; we could find a record of her being registered in the Lloyd’s Register of Yacht of the year 1934 under the number 3267; our knowledge dates back to the year 2000 when a shipyard from Fiumicino (close to Rome – Italy) performed
a refit of the ship, which at that time was called “Hook” and which then took part to some regattas of the classic circuit in the Tyrrenian Sea; some years later she was bought by a private owner who then in 2008 sold her to a Viareggio based Shipyard, Gruppo Nautico Italiano.From the year 2000 she only sailed in sea waters and particularly in the Tyrrenian Sea.
Gruppo Nautico Italiano performed a first important refit, as the boat was left in a shed for the last couple of years and was in quite a bad shape; the refit included the almost complete reconstruction of the hull using first quality seasoned mahogany wood, and the introduction of stainless steel support frames, the deck was refitted as well as the mast and a small new engine was installed. Finally the boat was renamed with her original name “Lill Yrsa”.
Since then Lill Yrsa was lovingly cared by her new owner, she was registered in the Italian classic yachts registry and took part to many regattas reaching very good results.
In 2013 she was then sold to another shipyard in Viareggio, Mediterranean Refitting Group, the current owner.
REFITS:
After the first refit performed in 2008 when most of the hull planks were replaced, in 2015 Lill Yrsa has undergone an important and innovative waterproofing treatment performed by its new owner, the shipyard Mediterranean Refiitting Group lead by the marine expert Marcello Porciani.
The whole existing external paint and filler. 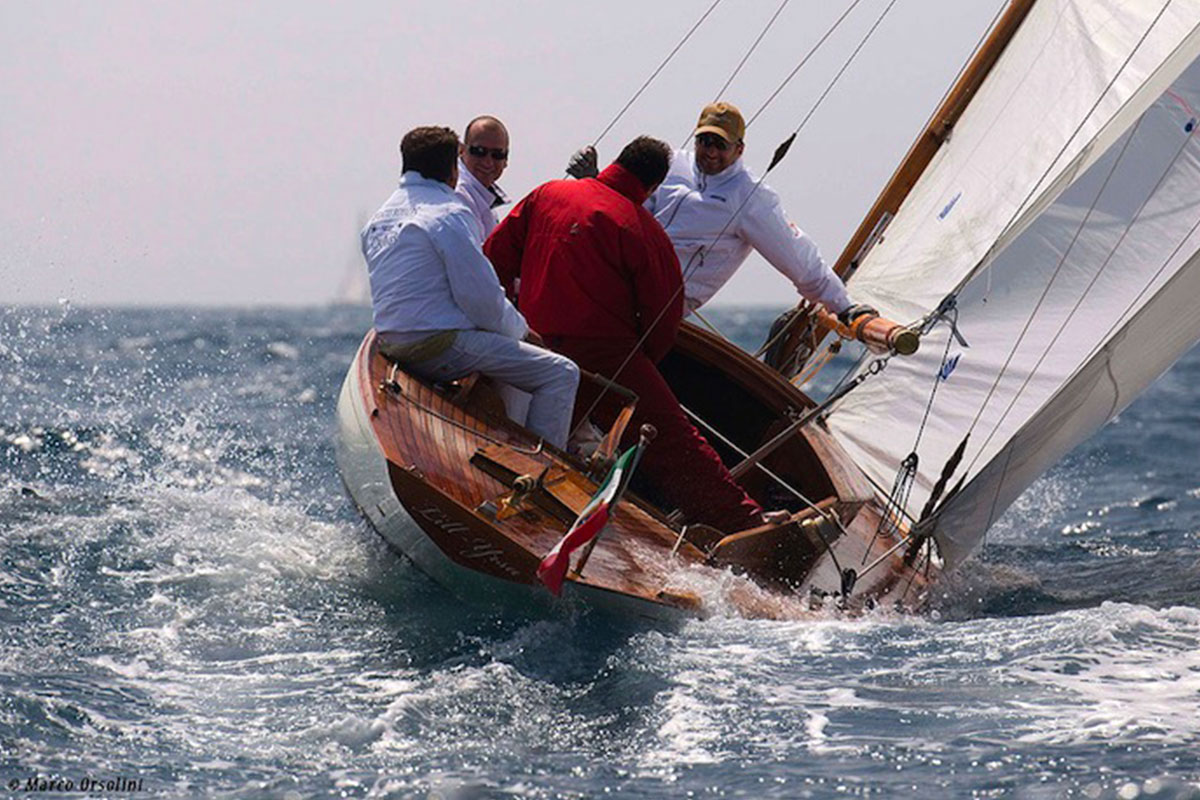 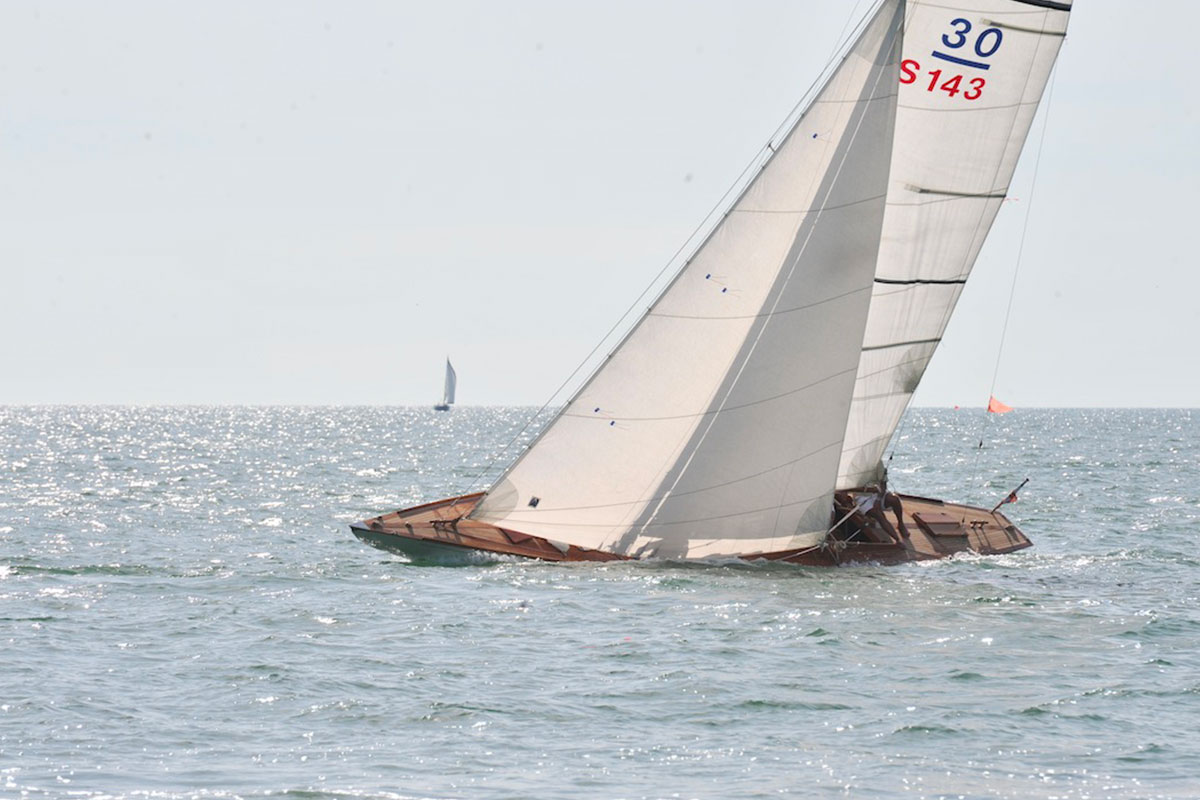 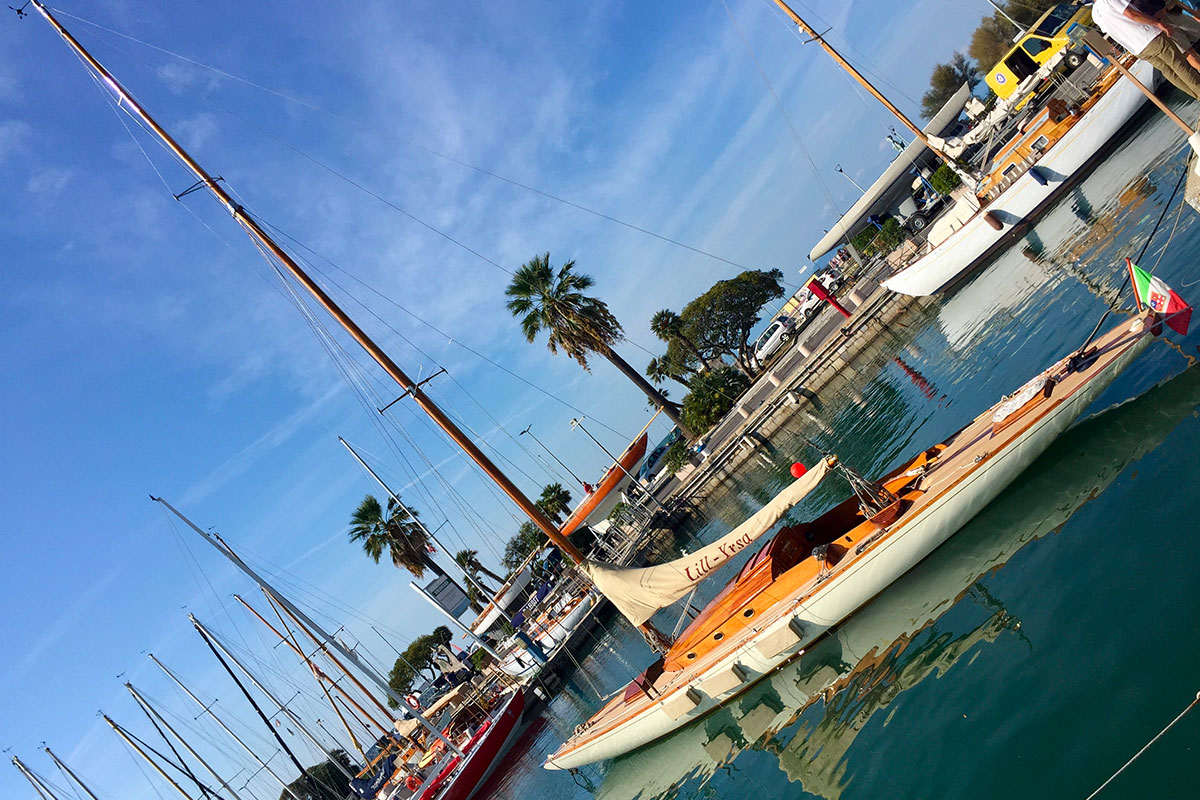 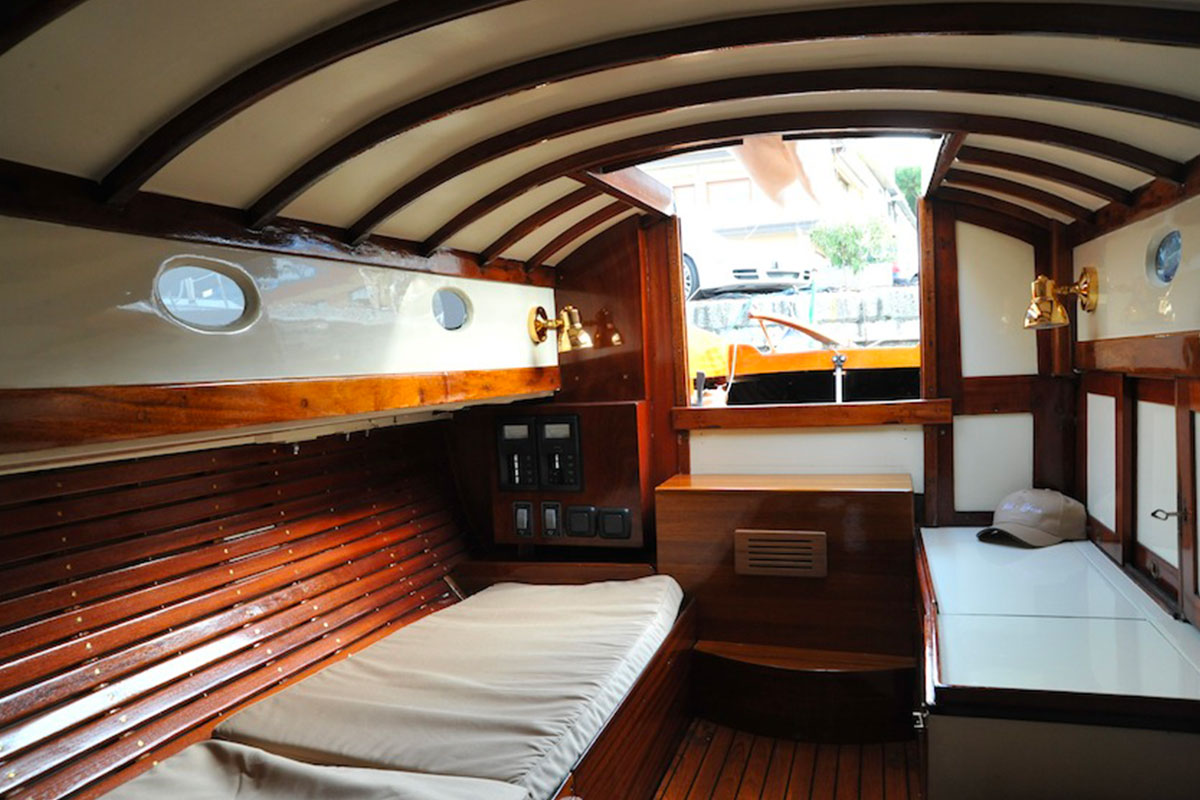 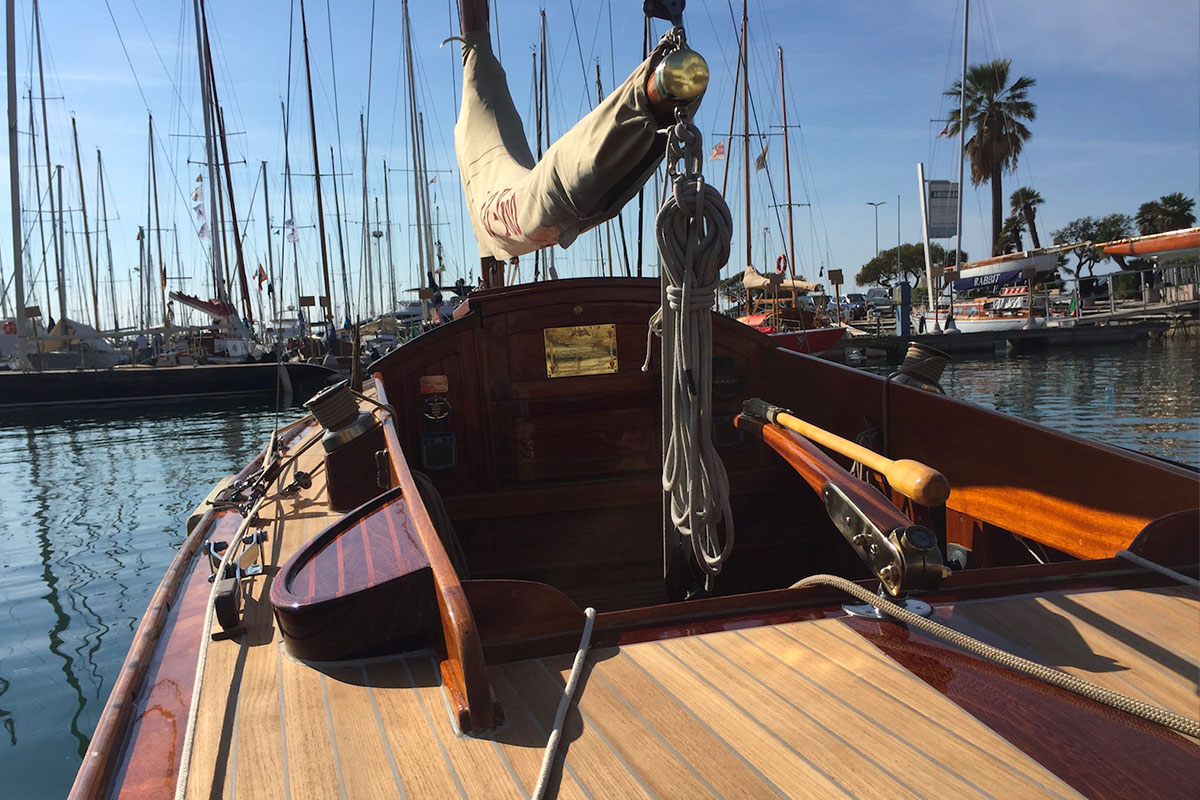 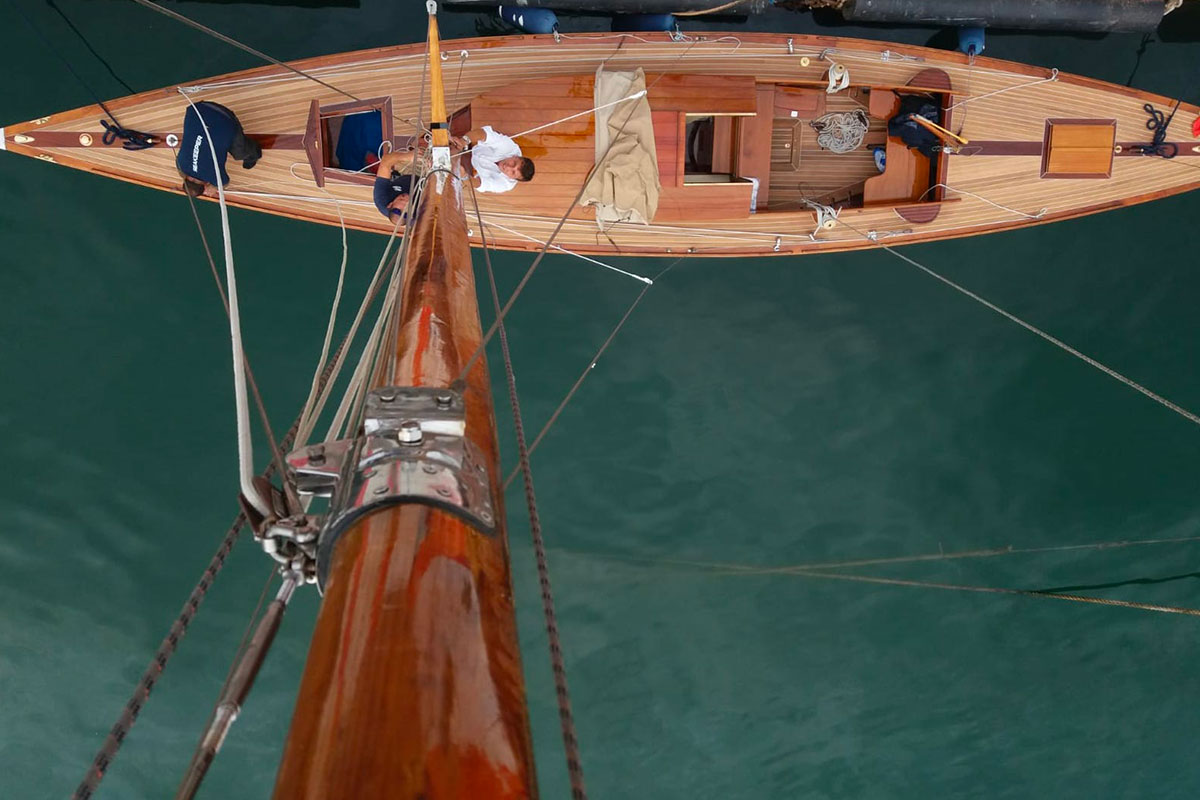